European based comapany serving in electronics industry across multi nations has finally dipped it’s new entrant in the Smartphone arena named, “Fly F 45s”. Fly phones feature highly intuitive interfaces with some of the nice customization available on the market. The company has announced its launch on its Facebook Fan Page and Official Twitter handle 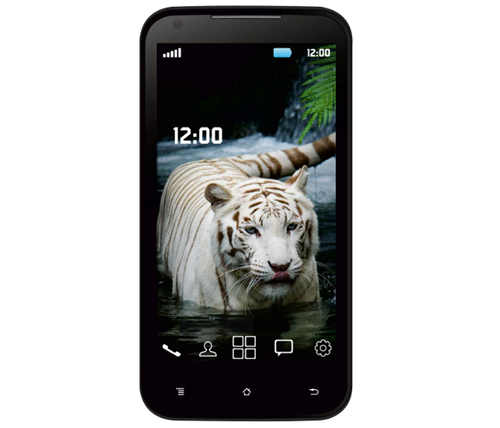 Fly offers a wide and dynamic product range, launching dozens of new models every year in all categories — full touch phones, bar phones, clamshells, sliders and now with Fly F45 s company is aiming to gain more popularity and strengthen it’s network in the Indian market. Shifting the shaft towards it’s Specifications, in terms of frame up Fly F45s boasts 4.5 inch, 11.43 cm of IPS Capacitive Touch Screen display with 540*960 pixels resolutions, the display size is nice and it will surely attract bunch of the buyer’s interest as handset under 4 to 4.5 inch of screen size are now set as a standard in the mind of a buyers so that make the use of any mobile phone comfortable while traveling or hanging around anywhere. Dealing with its Platform dependency, this device sails on Android 4.1 Jelly Bean Operating System powered with a Dual Core Processor clocked at 1.2 GHz.

In terms of Photography Specifications, on the back this device houses a primary camera rated at 12 MEGAPIXEL with LED flash, autofocus and burst mode technology which helps the user to click good quality images even at dark vision and a secondary camera rated at 3 MEGAPIXEL for video calling. To make the life going on for this handset, it is equipped 2050 mAh battery which the company claims that it will deliver 8 hours of talk time and up to 100 hours of standby time approximately. Some of the other pre-installed applications include Gmail, Latitude, Google Maps, News & Weather, Google Search, Google Places, Google Talk, YouTube, Google Play Store.

The Price of Fly F 45s priced at Rs 11,500 and you can buy it from ShoppingKranti.com online. However, this device will find little hard to compete against other manufacturer in same price segment as now you can buy a Quad – Core smartphone in similar price range. Let’s see how market responds to this new smartphone by Fly, we hope for their best.