A new element had been introduced in segment of Smartphones from the Taiwanese manufacturer, ” HTC Mobiles” who revealed plan to come up come with a new device named, “HTC Desire L” in India. Out for a while in the race course of new innovations in the techno-industry of India as it seems a quite struggling period faced by the company. The Price of HTC Desire L is expected around Rs. 18000- Rs. 20000 in India approximately. 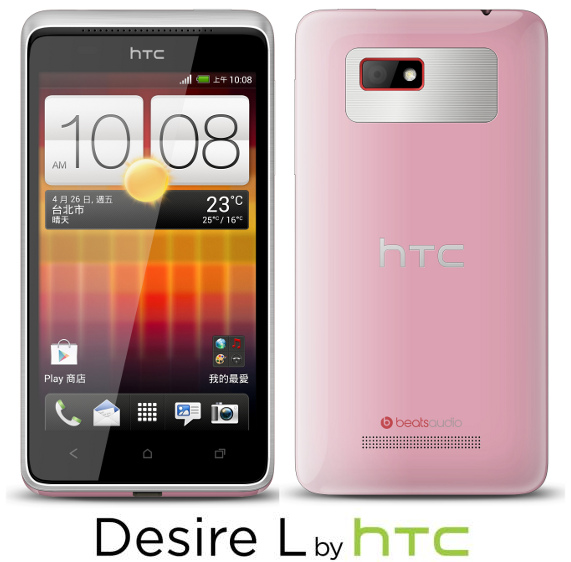 With HTC Desire L, it looks like company will try to attract more buyers as to get counted in the list of the companions competing in the gadgets industry worldwide. Coming back to it’s Specifications, HTC Desire L will flaunts a descent 4.3-inch Super LCD2 Capacitive Touch Screen display with 800 x 480 pixels resolutions. In terms of it’s Platform dependency, this device will be expected to run on Android v4.1 Jelly Bean Operating System with HTC Sense UI coating. It will be powered with a Dual Core Processor clocked at 1 GHz, it is looking quite nice that HTC is now trying to make market with affordable yet powerful devices.

Dealing with it’s Storage Specifications, HTC Desire L will be equipped with 1 GB of RAM, 4 GB of Internal memory which can be expandable up to 32 GB via microSD card slot. Enumerating it’s Connectivity Specifications, HTC Desire L 3G, WiFi 820.11 b/g/n, Bluetooth 4.0 with aptX, GPS and GLONASS. Briefing it’s Image Optics, on the back this device will be spotted with a primary camera rated at 5 MEGAPIXEL with auto focus camera, HTCImageChip, LED Flash, BSI sensor, 720p HD video recording features. However, this device somehow lacks the front camera.

Some of the other features of this device is it comes with an Beats Audio enhancements. To make the life going on for this mobile handset HTC Desire L is equipped with 1800 mAh of battery which claims to deliver 4-5 hours of talktime approximately.