One of the leading company in Internet and software services worldwide has announced the last call to save your Buzz account. Officially, Google has already shuttered it’s Google Buzz service a year earlier. More than a year later, company Vice President of Product Bradley Horowitz said at the time that the lessons that Google learned from the products short existence would be used in other services like Google+. 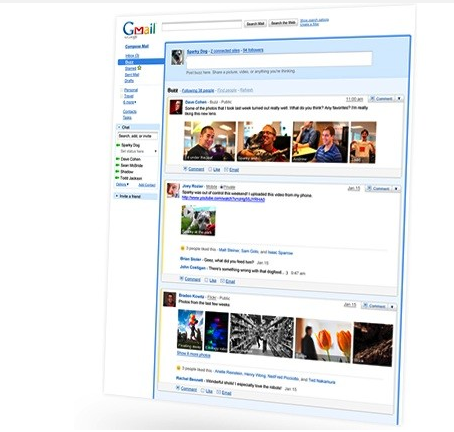 Basically, Google Buzz was a social networking, microblogging and messaging tool that was developed by Google and integrated into their web-based email program, Gmail. Google Buzz enables the users to share links, photos, videos, status messages and comments organized in “conversations” and visible in the user’s inbox. The reason behind the creation of Google buzz by Google, was an attempt to compete with other social networking websites like one of the world famous Facebook and microblogging services like Twitter. Buzz also included several interface and interaction elements from other Google products e.g Google Reader.

Keeping in view the fast changing scenario in social networking and development of its own (Google Plus), the search engine firm has decided to phase out Buzz.

“In October 2011, we announced Google Buzz was shutting down. On or after July 17, 2013, Google will take the last step in the shutdown and will save a copy of your Buzz posts to your Google Drive, a service for storing files online,” Google has informed the Buzz users.

Google will store two types of files to your Google Drive, and the newly created files will not count against your storage limits.

“The first type of file will be private, only accessible to you, containing a snapshot of the Google Buzz public and private posts you authored. The second type of file will contain a copy of only your Google Buzz public posts. By default it will be viewable by anyone with the link, and may appear in search results and on your Google Profile,” the company said in the mail.

As per the data available on it’s official mail it also says,” If you do not want any of your Buzz posts or comments saved to Google Drive files, you can immediately delete your Google Buzz account and data”.

If you remember, Google is also going to phase-out Google reader very soon (precisely on July 1st). Already people have been informed on their reader account. This sudden close of Reader (which I believe is one of the most used service amongst avid internet users and specially tech-savvy users) had shocked millions of people and infact other services like feedly gained millions of account when Google announced closure of reader. Infact this is not first time Google has closed one of its services, in past they have record of closing many services and reason they site that they need to concentrate on active and more profitable products. However, unlike Google Reader, this time they may not see much affect as already Google Plus is performing well , infact Gplus is what they have used to replace BUZZ.

Would like to see comments and views of our reader on such acts from Google.