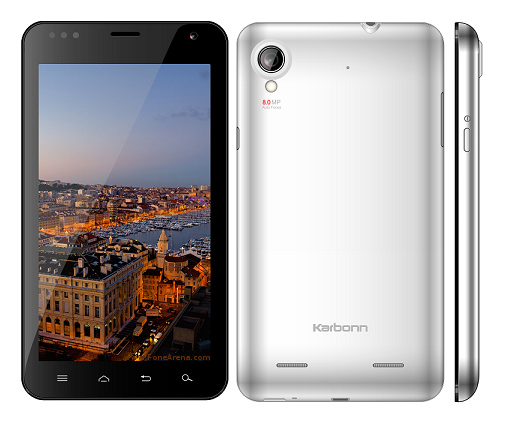 Karbonn has enlarged its market presence by sponsoring and partnering with some of the prestigious cricket game leagues such as Airtel Championship Leagues, Indian Premier League. Karbonn Smart Tab 10 Cosmic will runs on Android V.4.1.1 Jelly Bean powered with 1.5 GHz Cortex A9 Dual-Core processor, however any information regarding to it’s GPU is unknown at the moment. This device feature with 9.7″ of display with 1024 x 768 of pixel resolution, it does support 10 point multi touch screen which will offer the user have real nice experience in playing games as well other application which may require multi-touch. Not much information about the Storage has been disclosed yet, but from the sources we came to know that it will be incorporated with 1GB RAM, 4 GB of internal Storage along with supports for Micro SD slot which can be expanded up to 32 GB. Dealing with it’s Photography, this device comes with 2 MEGAPIXEL of rear camera and a front camera which packs up with VGA resolution, 1080p video playback coupled with HDMI out which is a nice feature. Highlighting towards it’s Connectivity, this device support Wi-Fi, micro USB and GPRS/EDGE can be supported via 3G dongles.

To power it up, it comes with 6,000 mAh rated battery claiming to deliver around 6-7 hours of continuous usage (depending on the task) of the device. In terms of Sensors it comes with Gravity sensor, Motion sensor, 3D-G sensor for better viewing options. Some of the other features it includes Document Viewer, inbuilt applications such as Facebook, IM, GTalk, YahooMessenger and Android Browser for net surfing. The price of the Karbonn SmartTab 10 Cosmic is Rs 10,280.